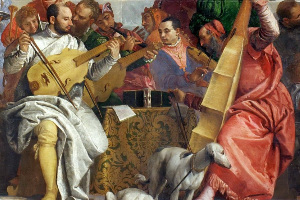 Grade 5 of AMEB Musicianship has set works to study, and explore various aspects of music history. These include chamber music, lieder and British art song. These are some resources to help you with your study.

These videos demonstrate the various string techniques studied in Grade 5.

Register your interest in Grade 5

“I have found the course to be instructive and very interesting. It has benefited my understanding of music, enhanced my enjoyment at all levels. I look forward to the next class each week” - Alison, Paddington

Susan Deas is a professional musician, lecturer and teacher. She has been teaching piano and music theory for over twenty years, and is accredited in both Piano and Musicianship. Her training includes a Bachelor of Music with a major in Performance (Piano) and Musicology, a Master of Music Studies (Studio Pedagogy), a Bachelor of Arts (Communications), and an A.Mus.A in Musicianship. Susan also lectures in music theory and music appreciation for Sydney University’s Centre for Continuing Education, WEA Sydney and at other venues. She performs professionally as a pianist and organist, as well as giving professional development workshops and lessons to private music teachers. Susan is on the Council of the Music Teachers’ Association of NSW.